On the shore of Lake Alūksne there is a park lying idly between the present-day town territory and the inner lake. The park was developed in the second part of the 18th century by the first owner of the manor Otto Hermann von Vietinghoff. Originally, the park was formed in the regular French style, but later, when it was fashionable in Europe to make landscape parks and the new trends reached Alūksne, Burhard Christoph von Vietinghoff started to change the park created by his father. He found inspiration in the Pavlovsk Palace, where he served as a valet of Tsar Paul I of Russia and where the landscape park had already been developed, so the characteristic features of a landscape park started to appear in the Manor Park: view perspectives were made keeping free glades, decorative greeneries were planted in natural groups so that the colours of their leafage created a beautiful landscape. The location near the lake and uneven terrain gave a specific charm to the park. The barons’ family supplemented the beautiful scenery with different architectural elements: pavilions, temples, fountains, statues and an obelisk.

In the beginning of the 19th century, the most extensive collection of trees and plants in the territory of Vidzeme was planted in the park, and four years later it was one of the dendrologically richest parks in the Baltics. Only the Weymouth pine (Pinus strobus), Siberian firs (Abies sibirica), brittle willow ‘Bullata’ (Salix fragilis Bullata) and several species of shrubs - white meadowsweet (Spiraea alba), Hungarian lilac (Syringa josikaea) and false spiraea (Sorbaria sorbifolia) have been preserved from Baron Burhard von Vietinghoff’s time to nowadays. In the last 20 years, the richness of trees and shrubs has been restored in the Alūksne Manor Park. At the present time there are more than 230 species, forms and varieties of trees and shrubs in the park. 16 trees have the parameters of the national secular trees. In some ponds of the park the experts will notice the water chestnut (Trapa natans) - a plant which has been included in the list of the protected species in Latvia. In the summer months, the visitors to the park are delighted by the large plants with yellow flowers - the heartleaf oxeye (Telekia speciosa). More than 20 species of mammals and 92 species of birds in the park enrich the natural landscape with a variety of sounds.

The Alūksne Manor Park is an architectural monument of national significance. Together with the Alūksne New Palace it forms an indivisible ensemble. Since the restoration of the Republic of Latvia, the park and its architectural objects undergo renovation to obtain their former glory. The current area of the park is 32 ha, but it seems to be much bigger as it borders Lake Alūksne and overlooks the Temple Hill Peninsula with the Rotunda and the Sun Bridge. 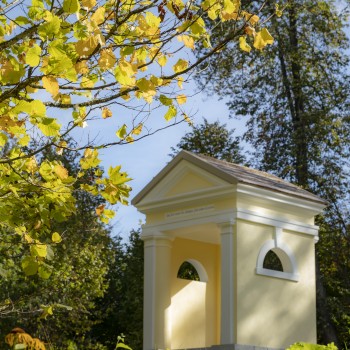 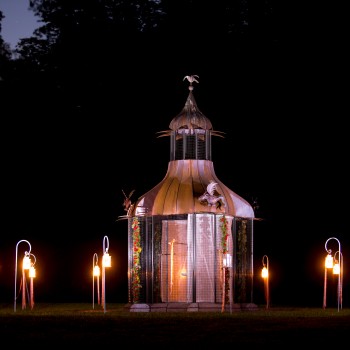 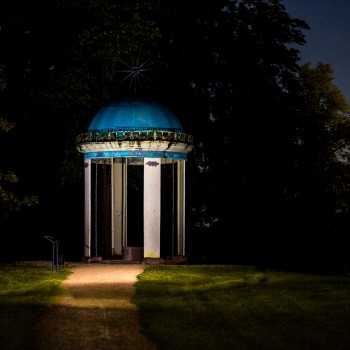 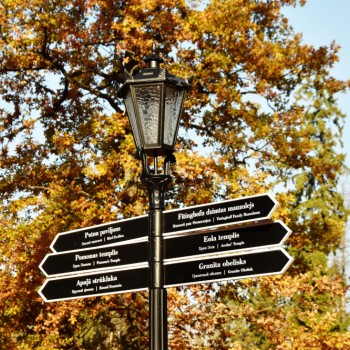 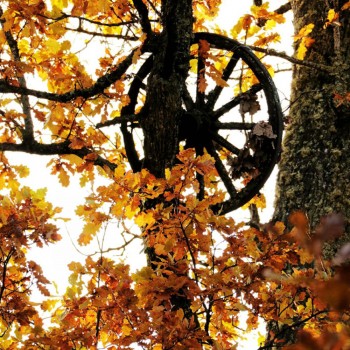 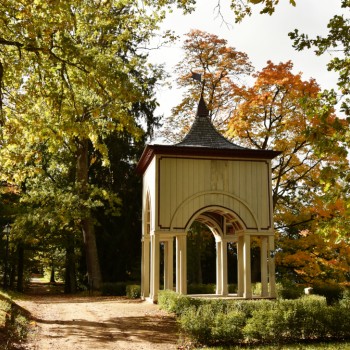 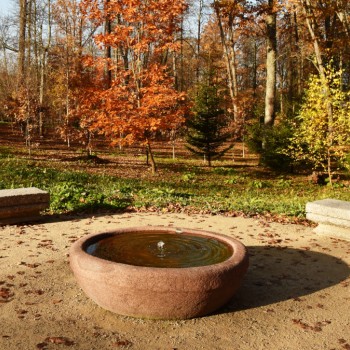 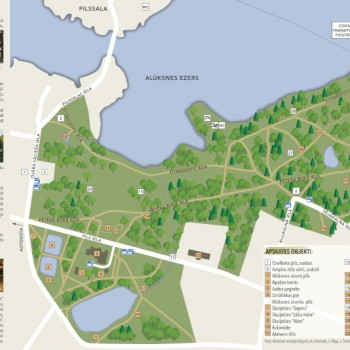 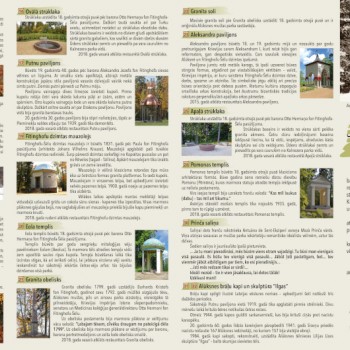