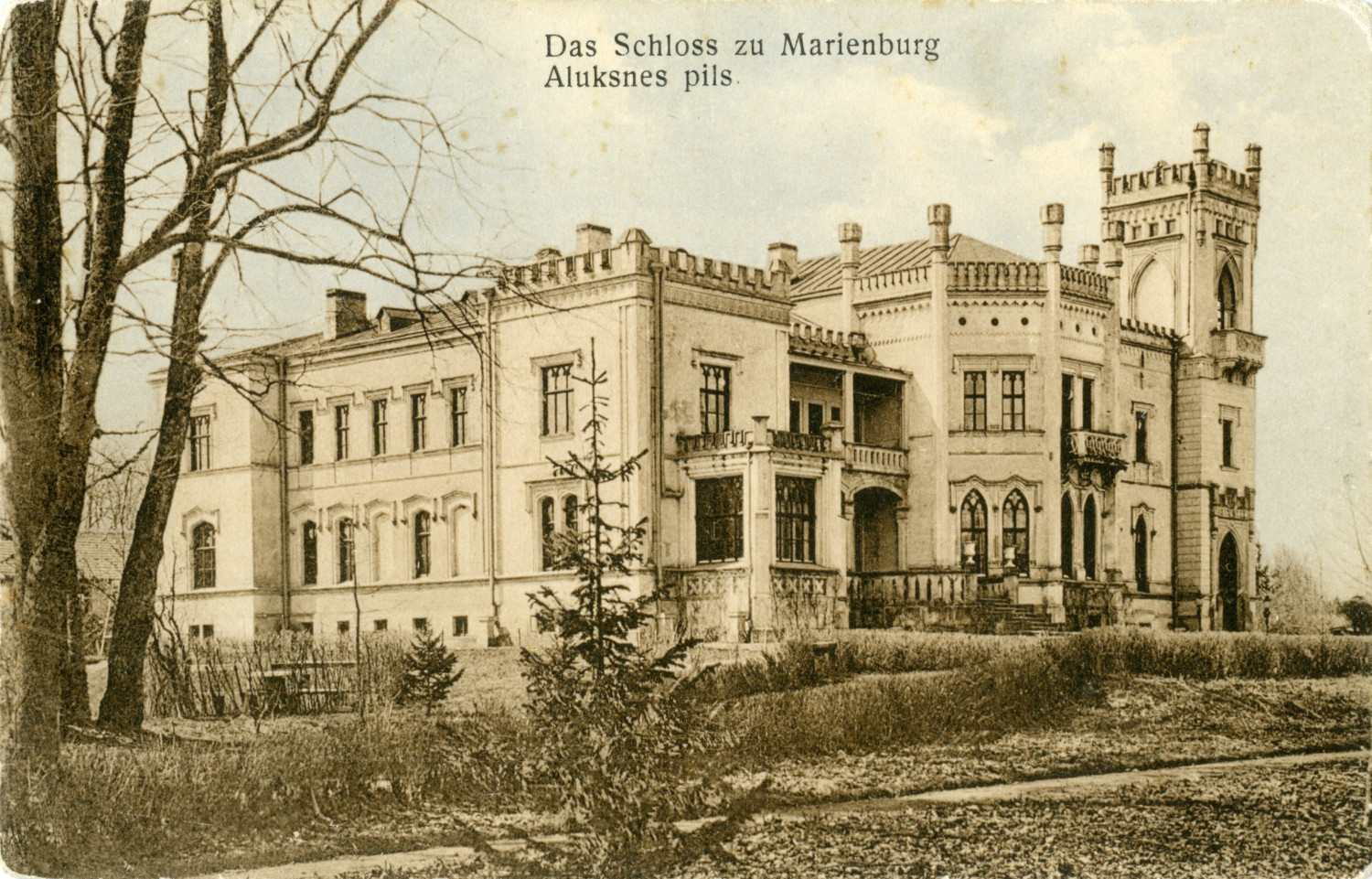 The Alūksne New Palace was built from 1859 to 1863 in accordance with a commission from Baron Alexander von Vietinghoff, and it is one of the most notable examples of the Tudor neo-Gothic style architecture in Latvia. In the architecture of the palace, the features of the neo-Gothic style are characterized by clearly distinguishable geometric volumes, a slender, asymmetrically placed tower, an elevated avant-corps decorated with merlons in the centre of the building, as well as laconic decorations and balanced details. If compared with the other palaces built in the neo-Gothic style, the building is marked by a new search for spatial composition. Each group of the rooms tends to stand out in the facade as a separate part of the volume. In the layout of the palace, all the rooms are grouped on both sides of the big hall and form a complex external configuration. In the middle of the building there is a polygonal avant-corps or ‘fore-body’, which marks the location of the central room - the large hall, on both sides of which there are the two entrances into the palace. One entrance is located in the part of the building with the tower, while the other one is sunk into the building with a loggia above it. The main facade of the palace faces north, with a view of the picturesque Lake Alūksne and the scenic Manor Park. Below the tower, above one of the main entrances, the visitors can view the coat of arms of the Vietinghoff family: a fox as a symbol of wisdom and craftiness and three scallop shells on a shield. The link between the organic planning of the palace and its external image shows a progressive approach to the development of the spatial structure and outlines the trends which developed later - in the Art Nouveau period.

There is no verified information about the author of the Alūksne New Palace project. Architect, professor of architecture Pauls Kampe has come up with a version that the palace was designed by Prussian architect Paul Benjamin Polnaus, while architect Jānis Zilgalvis offers a version that it was done by Johann Daniel Felsko, who was once the chief architect of the city of Riga. The entry made in the Alūksne Church Book in 1862 names the local construction master Robert Miller.

The Alūksne New Palace was the last building constructed by Barons Vietinghoffs in the Alūksne Manor. The interior of the palace hides important artistic values. The premises on the ground floor have preserved indoor decorative paintings: neoclassical, neo-renaissance, neo-rococo, Moorish-style artistic wall and ceiling paintings, some of which are now exposed and reinforced. 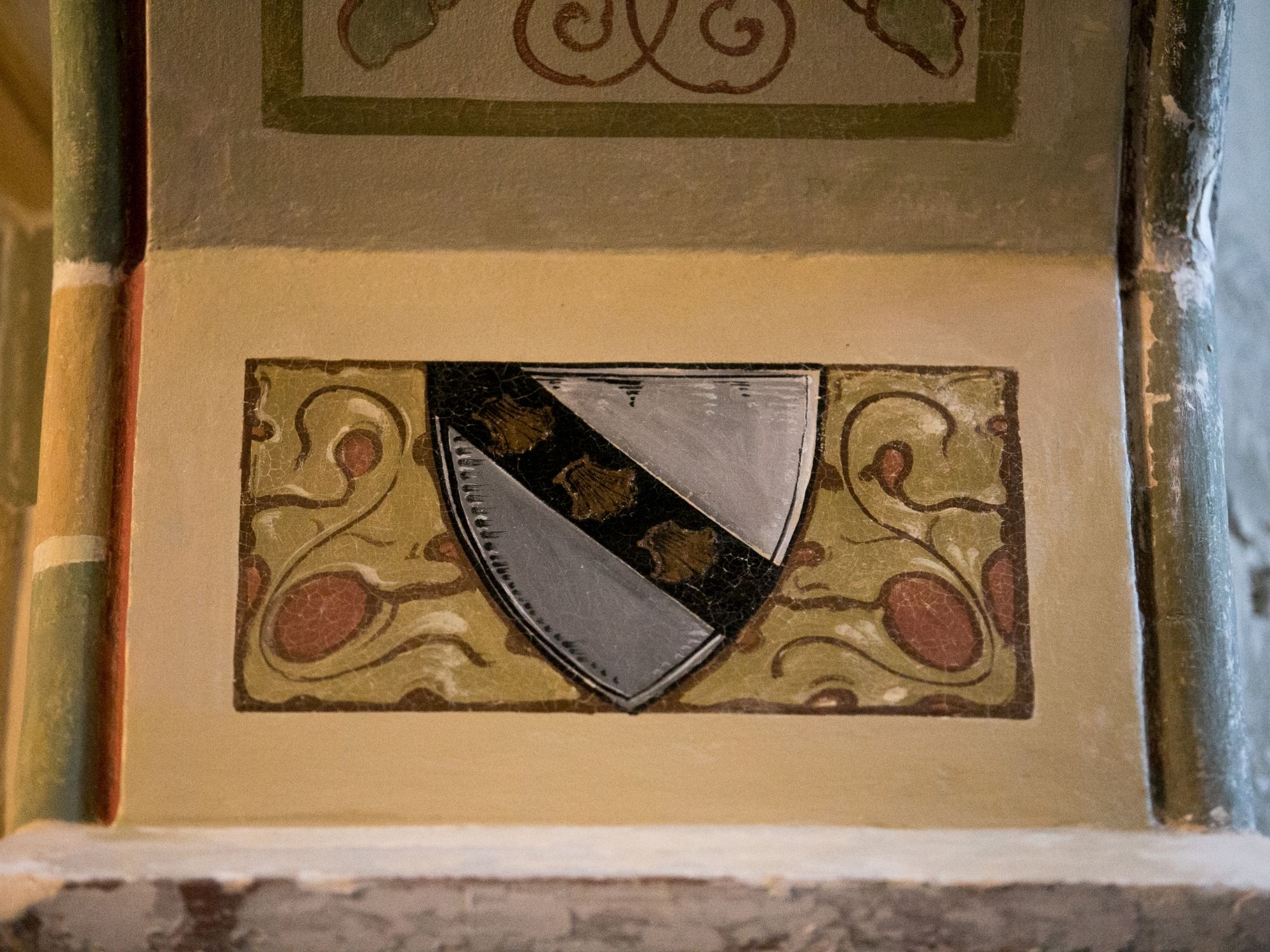 In 2014, architect Ilze Māra Janelis, while carrying out the architectural and artistic stocktaking of the Alūksne Palace, found a ‘List of Movable Property Owned by the Dead Baron Konstantin Pavlovich Vietinghoff’ in the funds of the National Archives of Latvia. The document contains extensive information on the inventory and layout of the former palace premises, revealing that on the first floor of the palace there had been reception rooms such as Fortepiano and Organ rooms, a banquet hall, a dining room, a balcony room, while on the second floor there was a library, a billiard room, guest rooms, bedrooms and studies. On the southern part of the first floor of the palace, there were also rooms for servants, utility rooms and a kitchen.

After World War I, due to political upheavals and turmoil, Barons von Vietinghoffs left their summer residence, taking part of the palace interior with them.

in 1879, the Valka district rural teachers’ meeting took place in the premises of the palace;

in 1884, landlords, merchants and the intelligentsia of Alūksne gathered in the palace to establish the Firefighters’ Society;

in 1905, the members of the Punitive Expedition led by V.Orlov stayed in the palace. During the events of 1905-1907, revolutionaries from surrounding areas were tortured in the cellars of the building;

at the end of 1917 and the beginning of 1918, the Military Revolutionary Committee operated in the Alūksne New Palace, but from December 1918 to May 1919 it was the seat of the Executive Committee of the Soviet Government and the Party Committee;

in February 1919, the headquarters of Regiment of the Northern Boys (Finnish volunteer unit) was located in the palace for a short time;

in 1920, the palace was allocated to the Ministry of Education for the formation of a gymnasium, but the reconstruction of the palace to meet the needs of the gymnasium required a lot of finance, so it was decided to construct a new gymnasium building;

in the 1920s and 1930s, the headquarters of the 7th Sigulda Infantry Regiment was located here. The most important events of the time took place in or at the palace: speeches were given from the balcony, notable guests were photographed on the stairs, the regiment orchestra played music near the palace, and the regiment soldiers marched past the palace on parades. During the years when it housed the 7th Sigulda Infantry Regiment, the palace was rebuilt - the internal layout of the premises was changed, old walls were demolished and new ones built, and a sewage system was installed in the building;

After the Second World War, the palace was taken over by the Soviet security authorities. At the end of the 1950s, after an extensive renovation during which the fireplaces and stoves were replaced with a central heating system and the beautiful walls were repainted, the palace housed various institutions: the Culture and Cinema department, the Pioneers’ House, a library, a cinema, an art school, a tourist information centre and also a museum, which has been located in the palace since 1959. During the Soviet era, private apartments were also arranged in some of the rooms.

Currently, the Alūksne New Palace and the adjacent Manor Park are one of the most important tourist attractions in Alūksne. 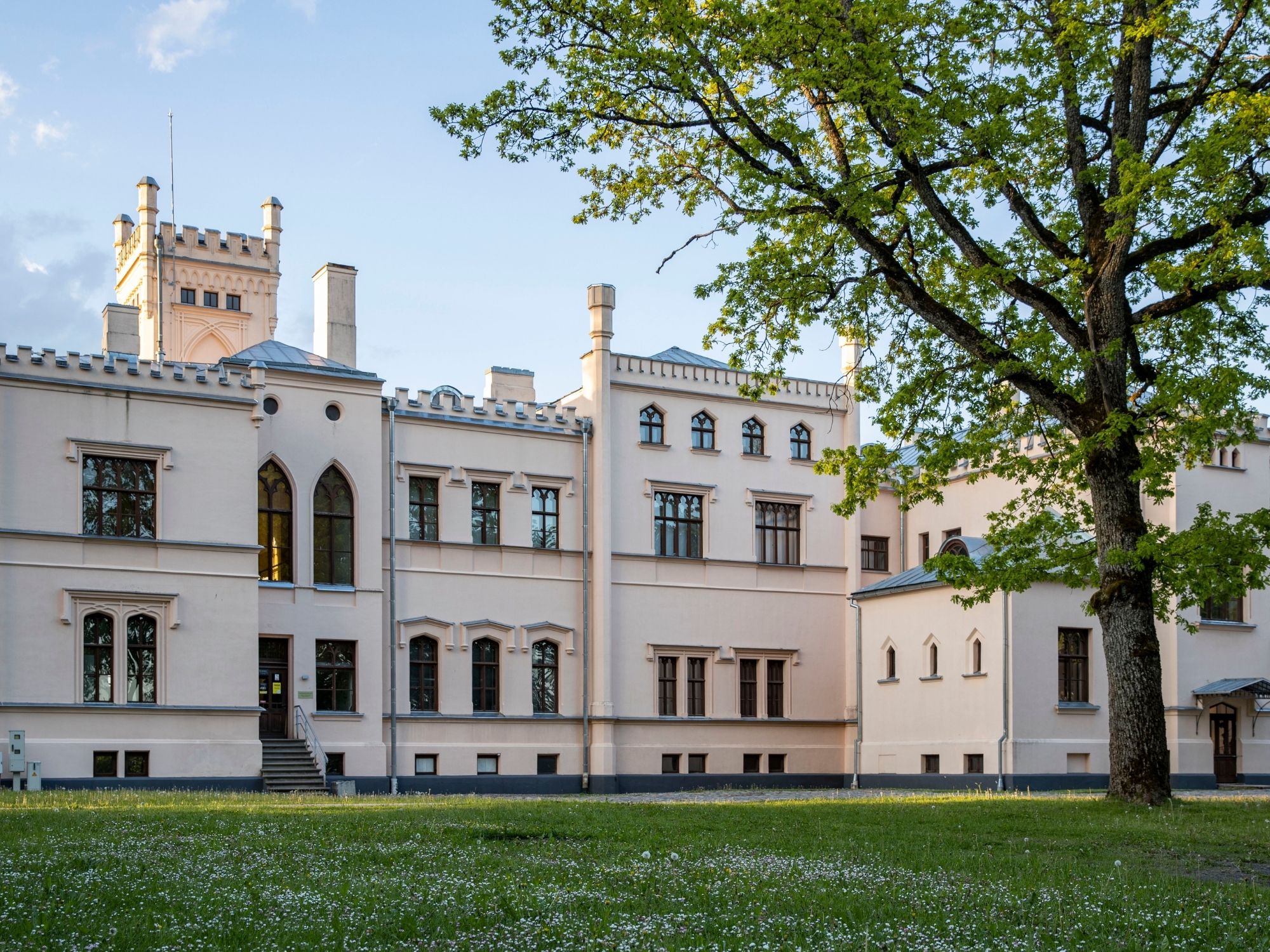 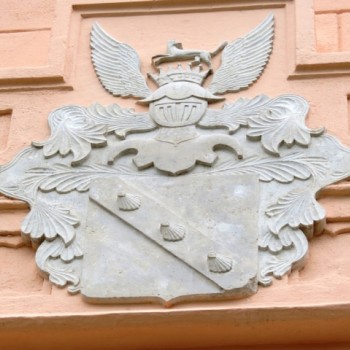 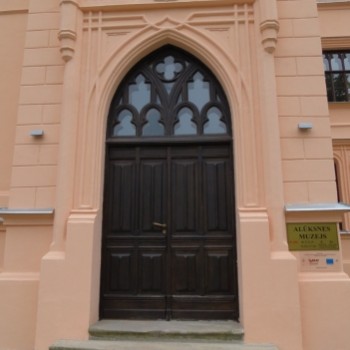 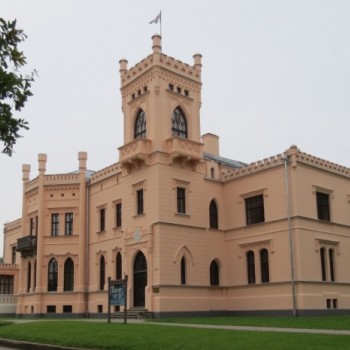